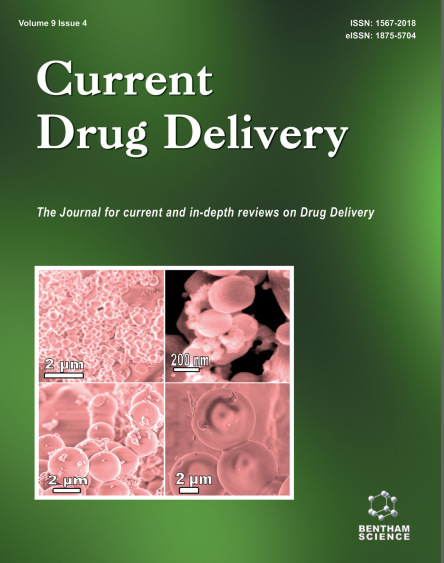 Recently the TPP group, within the frame of project PRIN 2010-11, has participated to the production of a special issue entitled: “New Trends in Gene Therapy: Multidisciplinary Approaches to siRNAs Controlled Delivery” published on Current Drug Delivery.

In the following the Editorial:

Nucleic acid based drugs (NABDs), powerful in principle, can be of great importance for health care applications if and only if effective delivery systems are available. Among NABDs, small interfering RNAs (siRNAs) show revolutionary potentiality due to the ability to silencing the expression of gene-causing diseases. Thus, siRNA drugs have huge therapeutic potentials,
even in the treatment of life threatening diseases. However, the use of siRNAs is limited because of some inconveniences: they are large macromolecules, negatively charged, undergo rapid degradation by plasma enzymes, are subjected to fast renal clearance/hepatic sequestration and can hardly cross cellular membranes. These aspects seriously impair siRNAs usability as therapeutics. To overcome these obstacles, the scientific problem has to be faced out through a multidisciplinary approach, integrating all relevant and necessary expertise. In this Full-Thematic Issue of the Current Drug Delivery, the development of siRNAs delivery approaches is described from different points of view by several research groups, which have been jointly working on the subject in the last years.

The Thematic Issue starts with the paper by Chiarappa et al., devoted to describe the potentiality of the Chemical Engineering expertise in the “Bio world” through reminding the foundation of Biological Engineering (BE) that develops, with its current and multidisciplinary approaches, winning strategies in modern research. The concepts of unit operations and transport phenomena, with which chemical engineers are confident, are applied to the description of the biomedical/pharmaceutical world and to the study of siRNAs delivery, in order to get a better understanding and description of how biological systems work.

The engineering approach to siRNA delivery is, then, reported analyzing two topics. In particular, the paper by Caccavo et al. deals with the modeling of hydrogel based drug delivery systems, materials widely used in controlled drug delivery, which could be adopted also for siRNAs delivery. Abbiati and Manca report the use of a physiologically-based pharmacokinetic model, useful in order to assess the fate of drugs, including siRNAs, once administered. The novel preparative methods to be used in siRNAs delivery are the subjects of the paper by Bochicchio et al., focusing on both the lipid-based and the polymerbased carriers. More specifically, Dalmoro et al. discuss the use of injectable chitosan/β-glycerophosphate systems, whereas Cavallaro et al. report the uses of polycation-based smart carriers for siRNAs delivery. Advanced testing methods for the study of drug delivery systems and the interactions between delivery systems and living systems are discussed in the paper by D’Apolito et al. and Carfì-Pavia et al. D’Apolito et al. focus on the effect of liposomal carriers in microcirculation; Carfì-Pavia et al. concentrate the attention on a novel bioreactor able to mimic the vascular behavior for in-vitro tests of drug delivery. Last but not the least, the medical applications of novel delivery systems and siRNAs are discussed in the paper by Piazza et al., focusing on the delivery of siRNAs by liposomes in order to silence cycline D1 in ex-vivo human tissues. Moreover, the paper by Di Gioia et al., deals with the siRNAs’ based therapies against inflammatory respiratory diseases, while the paper by Farra et al., discusses the role of the transcription factor E2F1 in hepatocellular carcinoma and the opportunity of its silencing by siRNAs.

In conclusion, the papers presented strongly indicate that only a multidisciplinary approach can successfully overcome the still existing limitation in the use of siRNAs, molecules with an extraordinary therapeutic potential.