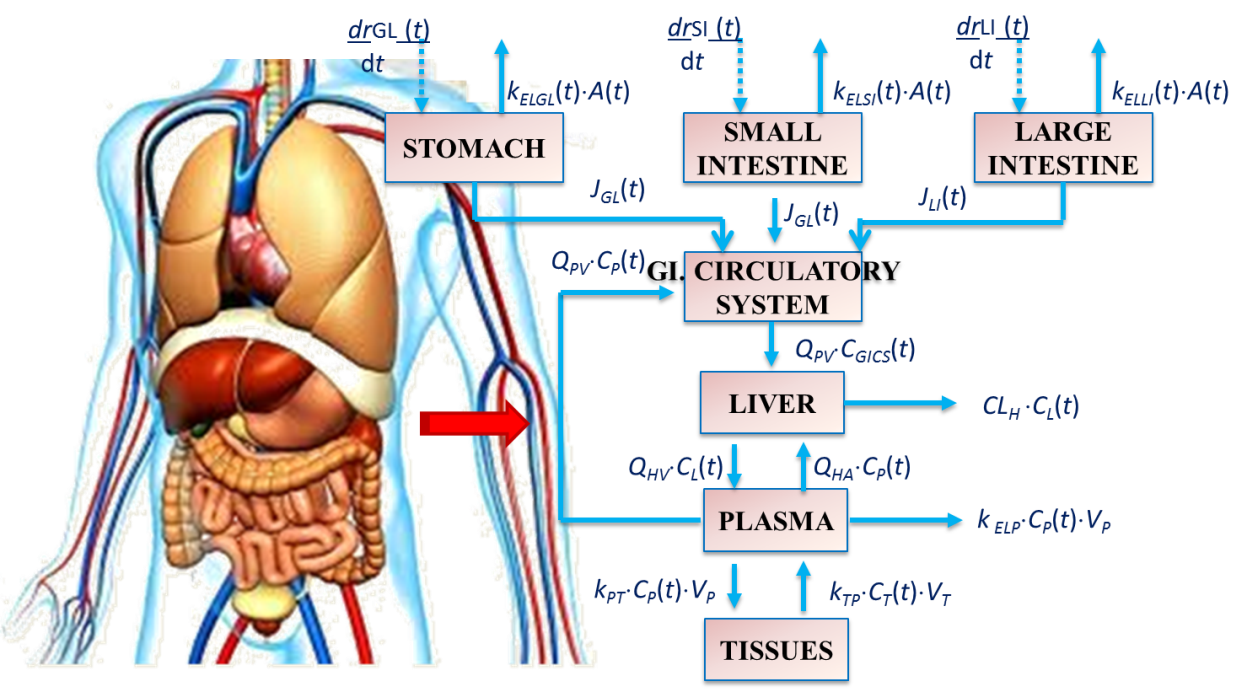 Concerning the pharmacokinetic modeling, its main goal is the prediction of the blood and tissues drug concentrations. To reach this purpose, it has to be taken into account that the main processes subjected by a drug once assumed are: Absorption, Distribution, Metabolism, and Excretion, known as ‘ADME processes’. These processes determine the drug concentration evolution within the human body. The absorption is the process that determine the passage of the drug from the administration site (i.e. the gastrointestinal system in the oral administration) to the plasma. By the distribution, the drug in the plasma is transported to the organs and tissues. The metabolism is the process in which the drug takes part in biotransformation reactions due to the presence of enzymes in human body. Finally, by the excretion the drug and the biotransformation products are eliminated from the body. To simulate these phenomena, several kind of in silico models could be used. Among them, the most complete and useful is the physiologically based pharmacokinetic model. Using this modeling approach, the human body is divided in several compartments, or rather in several parts which correspond to the real structure of human body, and each compartment has a specific function and characteristics implemented in the modeling code. All these compartments interact between them (as happen in the human body) and are interconnected. The aim of the research is the developing of a model which, taking into account the specific functions of each compartment, is able to predict the drug concentration in each part of the human body. 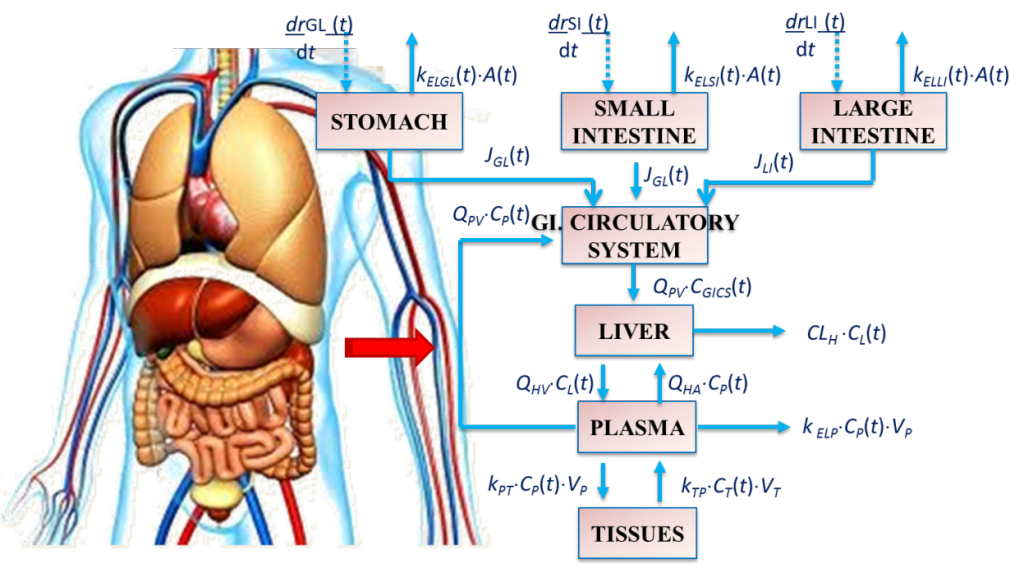